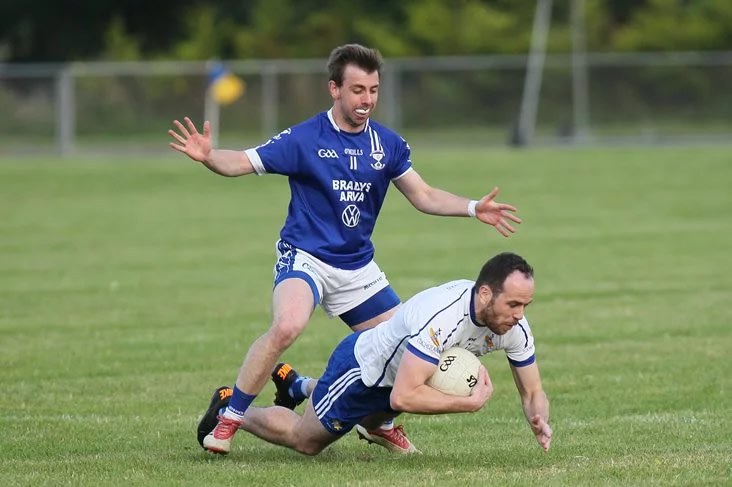 Arva and Cuchulainns ended all square as Kevin Bouchier’s late free saw it finish 0-18 to 2-12 at Our Lady of Lourdes Park, Mullahoran.

Seamus Clarke’s goal seven minutes in handed Cuchulainns the early initiative in what transpired into a thrilling contest, with Arva pulling points back from Bouchier and Brian Ellis to trim the deficit down to two (1-5 to 0-6) come half-time.

Ellis would help the 2016 winners storm in front early in the resumption with the gap moving out as far as five before the Mullagh men pulled back a sorely needed goal through Evan Doughty.

Bryan Magee’s superb point shot last year’s beaten finalists two in front in injury-time but there was a ‘never say die’ attitude about Arva which shone through in the dying minutes when Bouchier stood up and ensured they’d be sharing the points.