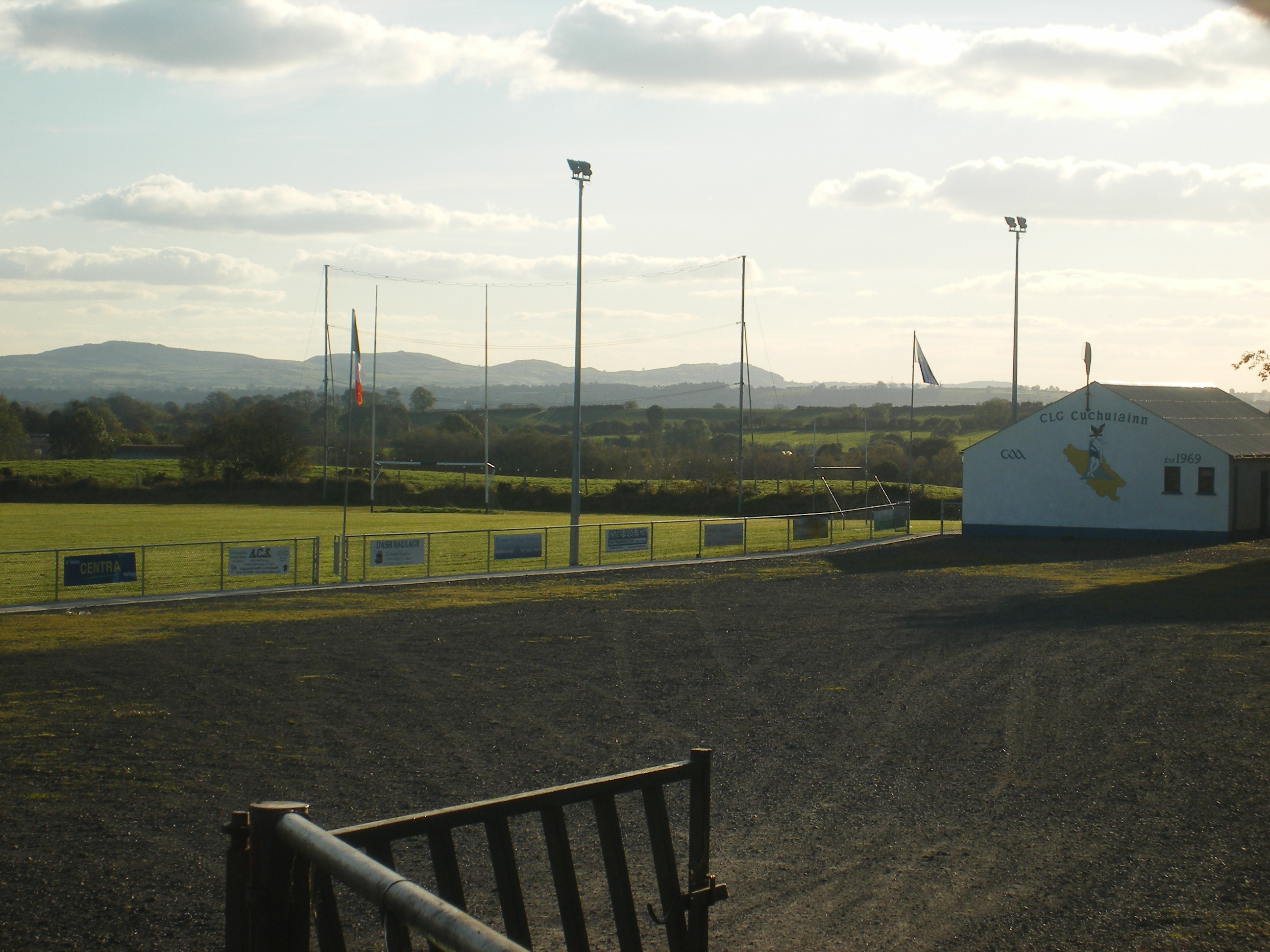 During 1966/’67 when Cross were playing well in the senior ranks, the officers of the club were on the look out for a permanent playing field. They entered into negotiations with Mr.Tommy Clarke (RIP) for the purchase of two small fields which could be joined together to make a playing field.

The field was ideally situated beside the school and chapel. Negotiations were long and tedious and bargaining was hard. Finally the price of 600 was agreed and the day was set for the final documents to be signed with Mr.Duffy, Solicitor. 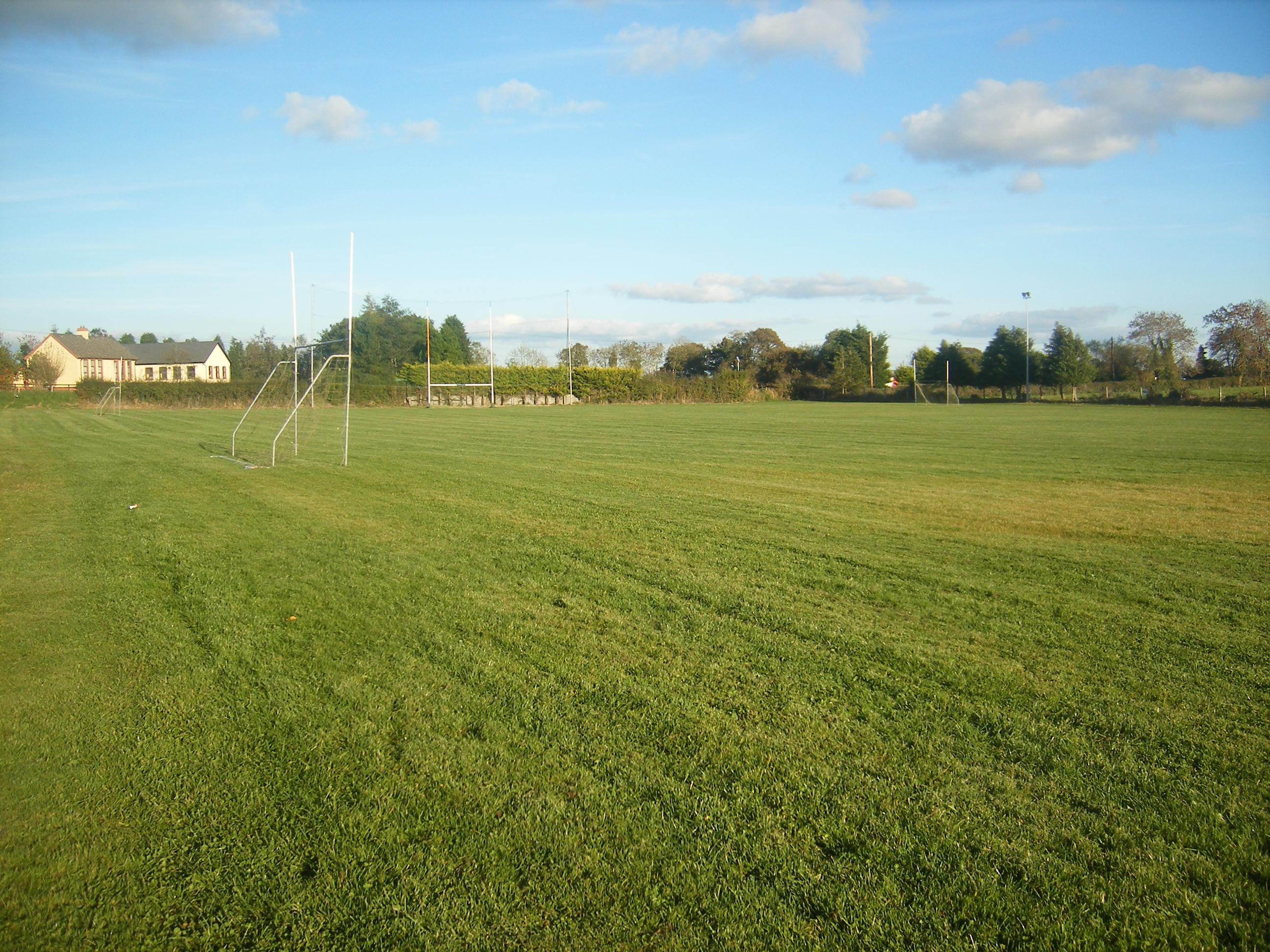 The Chairman, Michael Murray and Secretary, Charlie Sheridan and Treasurer, John Farrelly and Mr. Clarke met in Duffy’s office. The contract was signed by the three appointed trustees. Work began on the field with great enthusiasm, with local people giving of their spare time freely.

Considering the price of land at the present time, a great debt is owed to the trustees and other people of the Cross club, who had such a great amount of money collected. After CLG Cuchulainn was formed the pitch was handed over to them and new trustees were appointed to obtain grants and other benefits from the GAA.

New dressing rooms, with showers and toilets were built & a new entrance and paling were erected. 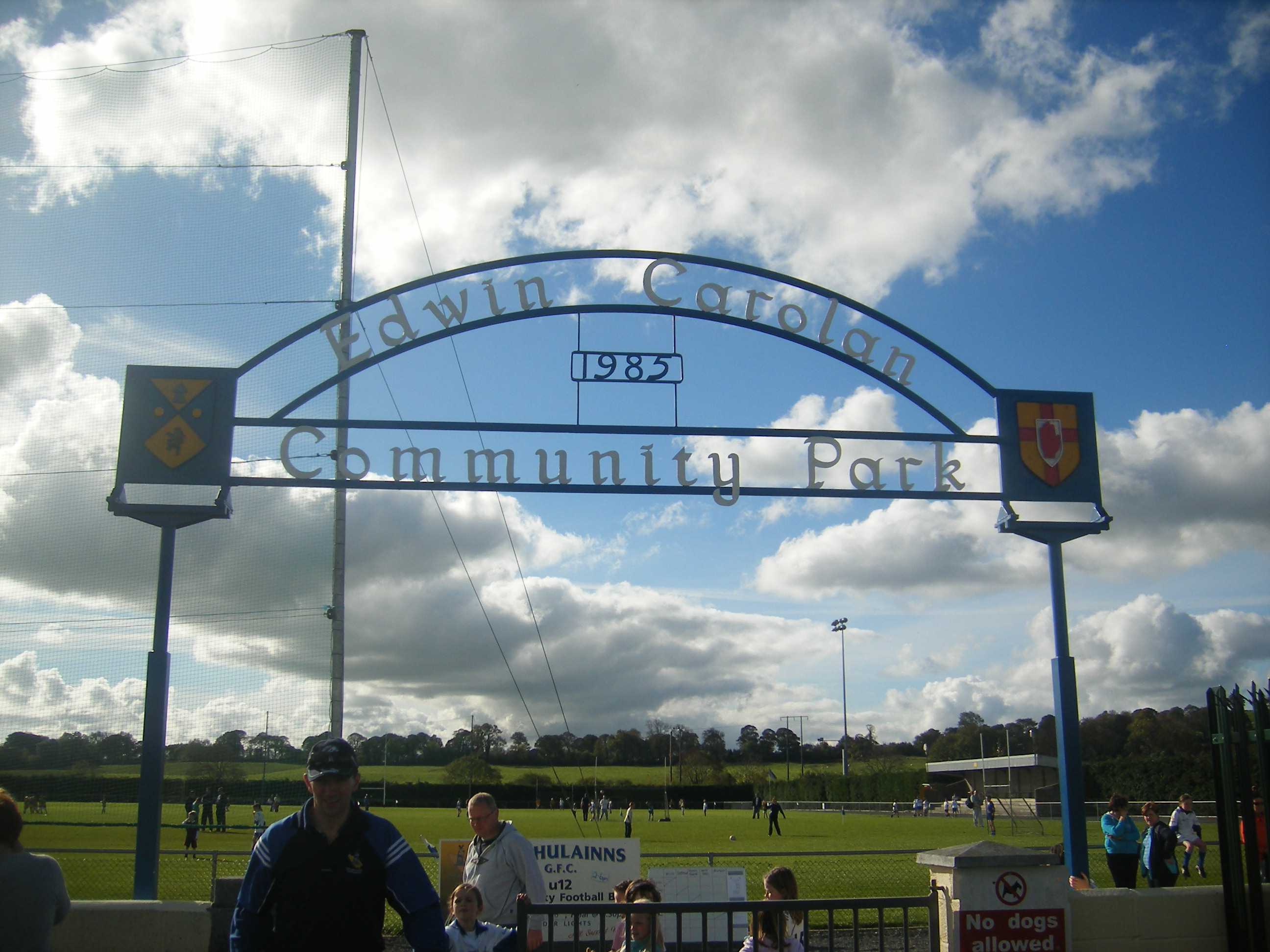 From the beginning of the century various fields had been used for the playing of games around Mullagh. The most popular of these were Mortimer’s Field, McFadden’s Caffrey’s, McKenna’s, Frank’s Field, Meleady’s to mention but a few.

In the early years of the 20th century the townspeople of Mullagh were fortunate to have a fully enclosed playing pitch incorporating a running track and a small spectator stand, all known as Mullagh Athletic Grounds. These grounds were, however, only rented from the Meleady family and ceased to be used for recreational purposes.

With the population of the area surrounding Mullagh increasing so rapidly in the 1980’s, due mainly to the employment offered by Wellman International, and also to the erection of a new housing estate at Rosehill, the need for providing recreational facilities became essential for the well-being of the community.

A steering committee of four, Matthew Glennon, Patrick Carolan, Brendan Clarke and Brian O’Byrne found, in their opinion, a suitable site immediately adjacent to the town, in a field known as "The Curragh". At a public meeting in Mullagh Hall on Sunday, July 18th 1982, attended by thirty two people, a unanimous decision was reached to purchase 6.625 acres and develop same in stages, as funds became available. The offer of an interest-free loan of £12,500 from Wellman International towards the cost of the first stage was indeed very encouraging to the committee. An appeal to the local community for contributions far exceeded what anyone had anticipated. On Saturday, September 18th 1982, stage one was complete. Stage two, which entailed the erection of dressing-rooms and boundary wall, was then embarked on. Fund-raising was just as successful as for stage one and all work was completed for what is now considered by many to be one of the best pitches in Cavan. The park, by the wishes of the people, was named after one of the all time great footballers of Cavan and Mullagh, Edwin Carolan, whose untimely death in 1981 came as a great shock to everyone. 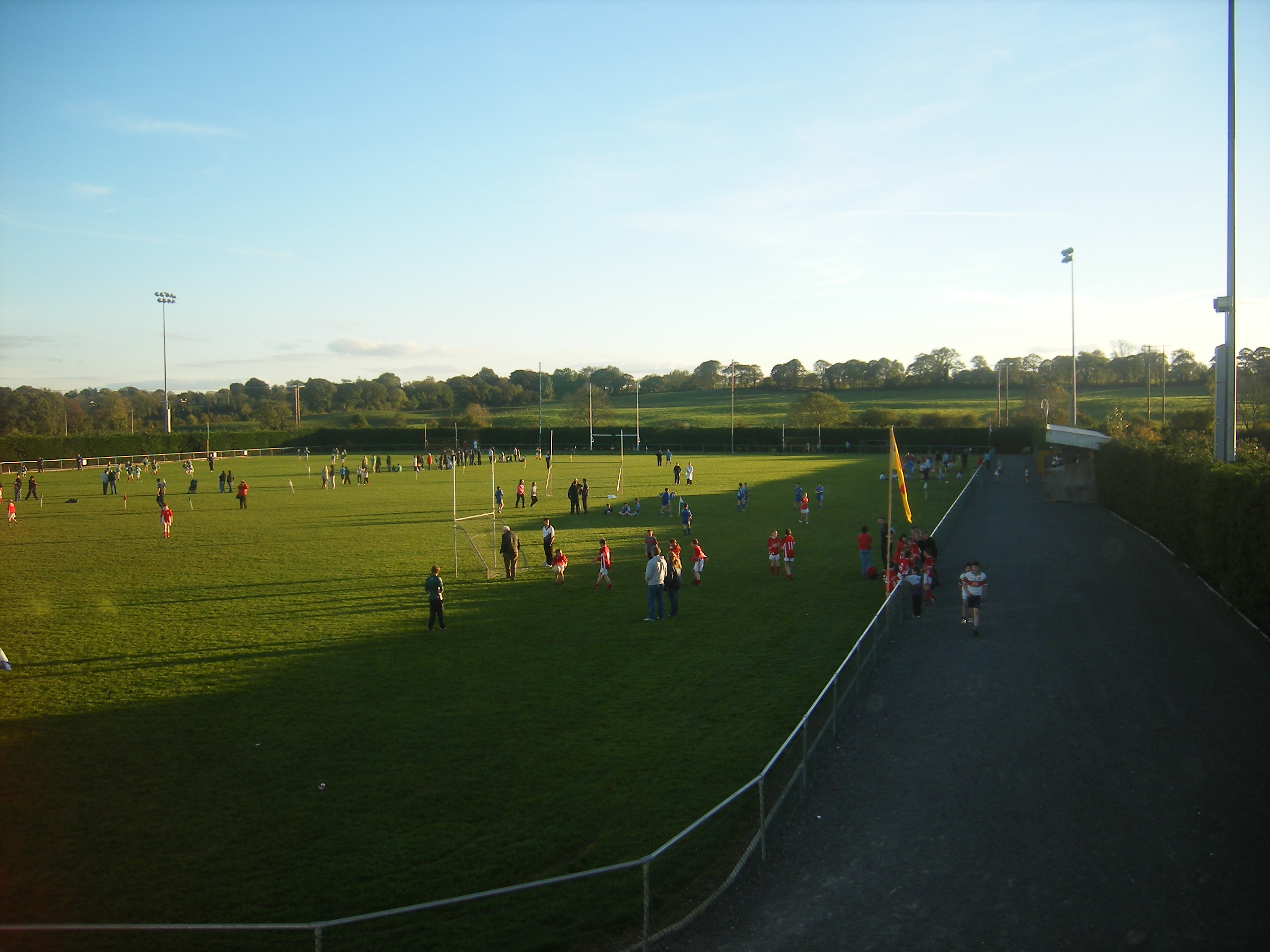 Despite somewhat unfavourable weather conditions on Sunday, June 9th, 1985, over 3,000 people attended the official opening of the Edwin Carolan Community Park which was blessed by Rev. Fr. Paddy Morris, PP, Mullagh and Rev. Garrett, Bailieborough. In his address of that day, Mattie Glennon, chairman said, "the opening of this Community Park is the realisation of a dream and a fitting tribute to the foresight, hard work and dedication of the park committee".

Since then, the park has been in constant use by the local school children learning the basic skills of Gaelic football, camogie and athletics.