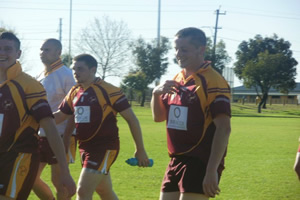 Conor moved to Australia just under 4 years ago and has been living in Perth since. He is a Carpenter by trade and is currently working in this area in the City. He has recently got married to Ellie during the Christmas of 2014. Congrats to both of them

A very skill full player who was renowned for his dummy solo. He owned the Corner forward position for the senior team for a number of years. His brother's Gavin, Garry & Aoghan currently play for the Club.

Played a bit of GAA in Perth.

Gavin is currently located in Perth. He left for OZ in late April 2014.

Gavin has been a part of the Senior setup in Cuchulainns for near 15 years. Played a pivitol part in the 2005 Intermediate winning Championship. He was most known for his attacking runs from wing back.

Gavin played all underage levels with the County team.

Christopher left for Oz in November 2012. He is currently working in Perth.

Chris started of a great wing forward but in more recent times came accustomed to the full back and centre back positions. A tough defender who always kept a tight eye on his marker.

Currently training with the Morley club in Perth. 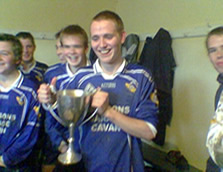 Cathal is living in Australia nearly 3 years. He is currently located in Perth and works in Construction just North of the City. He was last home in December of 2012.

Cathal was the Captain of our Championship winning Minor team in 2004. He joined Cuchulainns in 2002 and was a popular member of the club before emigrating to Australia in late 2009. His favourite position was Wing Forward.

Played GAA with Perth club in his first year in Australia but because of work commitments was unable to keep playing. 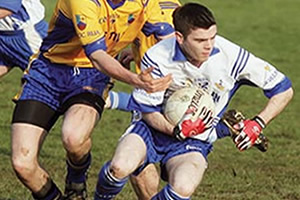 Killian is a qualified Electrician. He left to go to Australia in March of 2011 and is currently traveling at the moment.

Represented Cavan at all levels. Played for Cavan in Minor and U21 Championship. Transformed from a Corner forward to a wonderful attacking wing back. A huge loss to the club.

Killian also played in the Cuchulainns Division 2 League Final Victory in 2004 and Intermediate winning team of 2005.